A 400 presentations large conference on hunter-gatherers anno 2015? Do they still exist and if so, where? And are modern anthropologists still doing research among them? For many people it may come as a surprise that there is still such a large interest in hunter-gatherer societies. To many professional anthropologists hunter- gatherer societies seem to refer to a distant past and ‘the good old days of classical anthropology’ when there was a strong focus on exotic cultures and societies.

Since the Man the Hunter meeting in Chicago nine Conferences of Hunter-Gatherer Societies (CHAGS) were organised at irregular intervals. Gradually, however, the interest in these types of societies seemed to slip away. Until two years ago, when CHAGS X was organized in Liverpool. It attracted over 200 participants. CHAGS XI had more than double that number and over 50 panels. 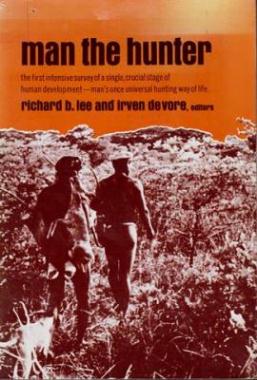 Value of the ‘hunter-gatherer' concept

Following a period of discussion on the present-day relevance of the concept of ‘hunter-gatherer’, there is widespread scholarly consensus that it does indeed still hold great value. Granted, there may no longer be societies today that solely subsist on hunting and gathering. In fact, there is mounting archaeological evidence that such societies have never existed.

However, around the world there are peoples who persist to rely on foraged food (non-domesticated food) in an immediate-return economy, live in small kin-based communities with a strong sharing ethic, and retain considerable residential mobility. More importantly, many of these modern hunter-gatherers identify themselves with a way of life that sets them apart from mainstream society in which there is usually little room for what is considered an inconvenient anomaly.

While anthropologists to a large extent seem to have lost interest in hunter-gatherer societies, scientists from other disciplines continue to see the scientific relevance of hunter-gatherers . In addition to anthropologists, there are many (experimental) archeologists, linguists, neuro-psychologists, evolutionary biologists, art historians, and people interested in legal studies, child development and comparative health and nutrition studies. 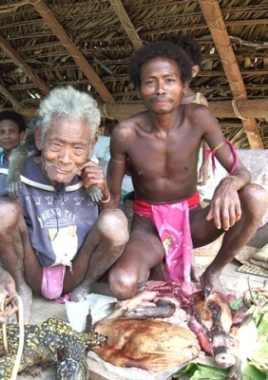 A few people who participated in the Man the Hunter conference were also present in Vienna. Among them were ‘the grand old men of hunter-gatherer studies’ like Richard Lee (Toronto) and James Woodburn (London). They themselves have kept up their lifelong interest in the Kalahari San and the Hadzabe of Tanzania and they have inspired dozens of students. One of the clearest examples of this kind of inspiration (in this case by Woodburn) is the large group of young researchers at UCL doing research among the Agta in the Philippines and the Ba Yaka in the Democratic Republic of Congo.

At the start of the conference we were once more reminded of the fact, that it is estimated that during some 95% of evolutionary history humans have lived on earth as hunter-gatherers. The research results presented in this conference were often framed in relation to ideas about human nature, for instance in relation to discussions on the use or avoidance of violence, adaptation to long-term environmental change, social organisation and child-care strategies. 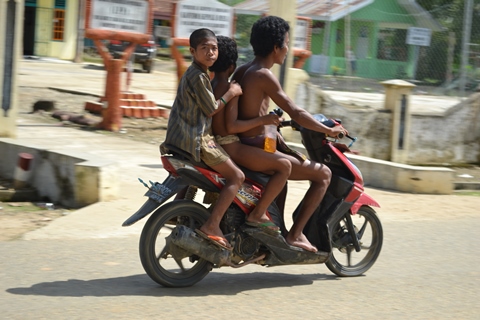 What can we learn?

Of course there were discussions about what we can and cannot learn from present day hunter-gatherer societies in relation to pre-historic societies. In addition to the discussion about the analogy itself, methodological issues emerged. How should we ‘read’ archeological data in terms of social relations? How can we correct for present-day climatic conditions and technological innovation?

Quite a number of panels focused on human-environment interactions and discussed the economics and energetics of wildlife harvesting, as well as human-prey relations. One session focused on hunter-gatherer childhoods, discussing aspects of care, nutrition, play and work in hunter-gatherer societies. There was also an interesting presentation about the neuro-psychological effects of so-called allo-parenting. Information from hunter-gatherer societies is considered crucial to test hypotheses and ideas about child development and social skills.

Presentations about the Agta of Northeast Luzon (Philippines) and the Orang Rimba of Jambi (Sumatra, Indonesia) were made by students and staff from our Institute. For the Agta there was a presentation on knowledge transmission from parents to children and among children by MA student Renée Hagen, one on the effects of mining by PhD student Mayo Buenafe, and on breastfeeding and weaning by Tessa Minter. PhD student Wardani Ekoningtyas gave a presentation on food insecurity among the Orang Rimba, while Gerard Persoon looked into a century of predictions about the future of the same people. 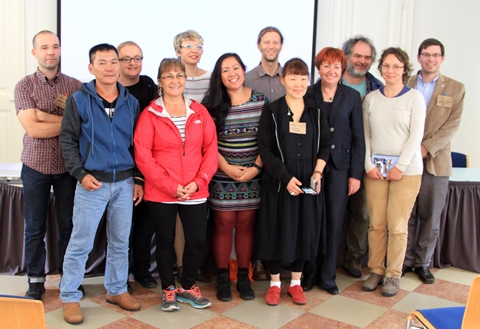 Giving a voice and being 'green'

A meeting about hunter- gatherer societies in the 21st century is bound to bring forward urgent issues linked with indigenous peoples’ rights, including land rights. Examples are: the relations between San hunter-gatherers and their being expelled from protected areas, the construction of infrastructure for oil and gas exploitation in Alaska and the rights of the Inuit. A representative of the Penan from Sarawak informed the audience of the impact of a planned dam in their home areas and a video message was presented from an Agta in the Philippines about the plans to turn part of their ancestral domain into a tourist resort. The newly established Society declared that it wants to give a voice to such calls for support in whatever form. Moreover, it made a start in ensuring that members of hunter-gatherer societies themselves participate as scholars, instead of as mere objects of research.

The conference organisers also wanted the meeting to be ‘green’. In line with the subject matter of the conference the organisers have been ‘foraging’ at supermarkets to collect food that was going to be discarded, thereby drawing attention to the problem of wasted food. 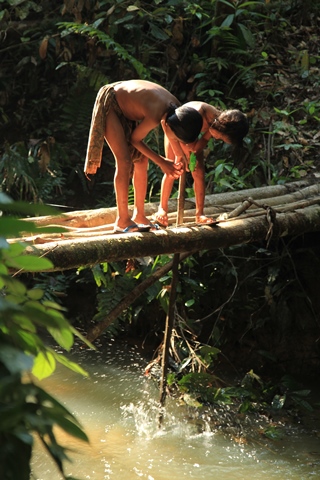 Part of the social programme was the so-called fieldwork slam, which is inspired by the poetry slam. It is a competition where researchers share, in a creative manner, stories from their fieldwork with the audience, which then votes on the best performance. This slam is as much entertainment as it is about real fieldwork. Our PhD student Mayo Buenafe participated in this event. She had written a poem on the basis of the frustrating bureaucratic procedure of obtaining approval for doing research. The appreciation of the audience for the poem but in particular for her performance was great. She was invited to the final in which she became second only after the Austrian anthropologist Helmut Lukas.

In conclusion: this CHAGS XI proved to be a vibrant and successful meeting of researchers. It was encouraging to see how many young people are attracted to this field. Many other disciplines have ‘discovered’ the relevance of hunter-gatherer societies and acknowledge the importance of sound anthropological research among them. All of these inspirational developments culminated into the international, multi-disciplinary quarterly publication of the Hunter Gatherer Research Journal. For anyone with a research or activist interest in hunter-gatherers studies, present, past and future, go to the International Society for Hunter Gatherer Research website for more information and subscription details. 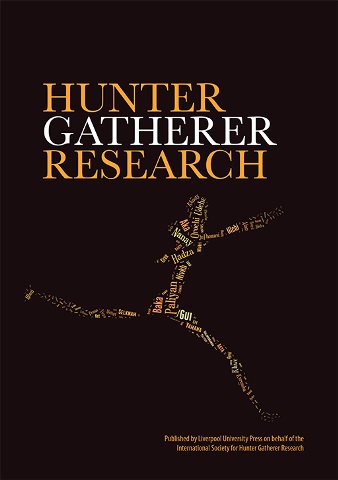 Anthropologists with an interest in hunter-gatherer culture are invited to peruse my book, "Sounding the Depths:Tradition and the Voices of History." The latest edition is available in e-book format, with links to several audio and video clips. An Italian translation is also available, under the title, "Musica dal profondo. Viaggio all'origine della storia e della cultura. For links, see the associated blog, at http://soundingthedepths.blogspot.com/

See also my paper, "New perspectives on the Kalahari debate: a tale of two ‘genomes’," as published in the Journal "Before Farming," and currently available free of charge at:
http://doktorgee.worldzonepro.com/BlogFiles/NewPerspectives2007_2_41.pdf

My research is centered on the relation between the distribution patterns of musical style and population genetics.

If anyone has questions, or would like to request a review copy, my email is victorag@verizon.net