The Anti-Politics of World Heritage

In the late 1990s, Mt. Kenya obtained World Heritage status for its unique natural features. Natural-scientific rhetoric underpinned the designation - and covered up the politics at play.

Mt. Kenya: A place of nature

In September 2010, I embarked on a PhD project that examined the World Heritage listing of Mt.Kenya, an alpine area located in Central Kenya. The mountain had obtained World Heritage status in 1997, on the basis of its outstanding natural beauty. Among other things, the designation highlighted Mt. Kenya’s indigenous forests, its grasslands, its glaciers and tarns, and its snow-capped peaks. The World Heritage Committee even classified the area as one of the most extraordinary natural landscapes of the whole of East Africa.

This World Heritage eulogy, firmly vested in a natural-scientific rationale, sits uncomfortably with other images of Mt. Kenya. The mountain is strongly associated with one particular ethnic group, for example, which claims that Mt. Kenya epitomizes its cultural and religious origins and which capitalizes on such imagery to engender tribal solidarity, most dramatically during election times. In light of this, I set out to study the processes that had led to Mt. Kenya’s World Heritage ‘naturalization’, as well as the ways in which this naturalization gained meaning afterwards. 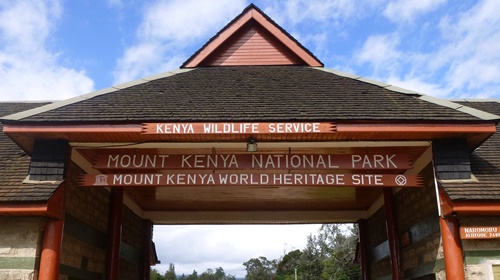 In the years that followed, I came to identify various dynamics that, in one way or another, fed into this ‘naturalization’ process. I learned, for instance, that Mt. Kenya’s World Heritage nomination had mostly been written by just one man, a senior wildlife warden who served as the superintendent of Mt. Kenya National Park at the time. Ever since his appointment, this wildlife warden had found himself competing with the foresters stationed in Mt. Kenya’s lower forests. The foresters and the warden’s team were affiliated to different government institutes – the Kenya Wildlife Service (KWS) and the Forest Department (FD) – which, due to conflicting modes of operation and incompatible institutional tenets, had been at loggerheads more or less from the outset.

Owing to complicated colonial arrangements, both the KWS and the FD gained a legal mandate over Mt. Kenya in the course of the 1930s and 1940s. In the decades that followed, the two institutes began to fight over the implementation of management rights on the mountain, with both camps continuously trying to outsmart each other. It was against this background that the senior warden drafted Mt. Kenya’s World Heritage nomination report. To simplify matters here for clarity’s sake: Mt. Kenya’s World Heritage designation was an attempt on behalf of the KWS to curtail the FD’s jurisdiction. 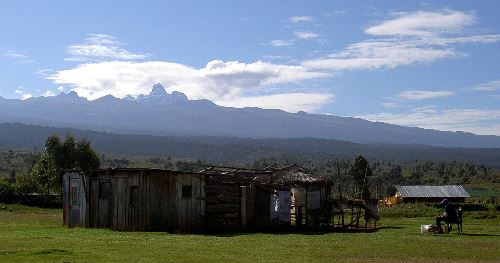 The precariousness of white landownership

In July 2013, Mt. Kenya World Heritage Site expanded and came to include a private conservancy. This event, or more precisely the activities undertaken in earlier years to make this event possible, drew my attention to other relevant circumstances. The conservancy in question was located on the fringes of an area that, in colonial days, had attracted large numbers of European settlers – in fact, at the time, the region was colloquially known as ‘The White Highlands’. After independence, a large number of these European settlers left Kenya and sought prosperity elsewhere. The lands that became vacant were either appropriated by the Europeans who stayed behind, used for African resettlement programmes, or seized by members of Kenya’s upcoming political elite.

As a result of these developments, today the area is of mixed composition. Nevertheless, the former White Highlands has largely failed to throw off its reputation of being exclusively a white settler hub. Among other things, this translates into colour-bar politics, which divide the black and white inhabitants of the area and fuel fears, among white residents, of land reforms or forced evictions. Uncertain of whether the Kenyan government is able or willing to guarantee white property rights, white landowners do all they can to legitimize and consolidate their title deeds. For instance, they have typically adopted a rhetoric of economic benefit that stresses their contribution to national food supplies and/or the GNP, or that presents them as indispensible employers and/or development sponsors.

In this climate of uncertainty, a white-owned private conservancy that borders Mt. Kenya in the north saw World Heritage as an opportunity to buttress property rights. It figured that, in the event of the Kenyan government deciding to confiscate the reserve, World Heritage status could help to mobilize an international pressure group against land expropriation. On the basis of this assumption, from about 2009 it began lobbying for inclusion in Mt. Kenya World Heritage Site. Nearly four years later, and after a variety of setbacks, the conservancy succeeded and obtained World Heritage recognition.

The need for unpacking World Heritage’s technical and bureaucratic idiom

In my thesis I elaborate on these and other conditions I deem relevant in relation to Mt. Kenya’s World Heritage status. The point I want to make here is that even these two brief examples already show that it is critical to deconstruct World Heritage’s technical, bureaucratic, scientific language. This language presents World Heritage as a purely objective and professional affair, in the hands of historians, archaeologists, biologists, ecologists, and other heritage experts. As a result, it masks the power struggles involved. And in the particular case of Mt. Kenya, the rhetoric obscures how the mountain continues to epitomize unsettled colonial pasts.

Marlous van den Akker will defend her dissertation 'Monument of Nature? An Ethnography of the World Heritage of Mt. Kenya' at the Academy Building in Leiden on Wednesday 25 May 2016.

*The title of this blog is borrowed from James Ferguson’s The Anti-Politics Machine: “Development”, Depoliticization, and Bureaucratic Power in Lesotho (1990).


To this day1 most National Governments are natalistic = fallistic, and reluctant to limit the size of their population, or even worse they strive for its growth. In both cases a certain amount of (indirect) legal coercion is always involved, e.g. prohibition of human abortus or a ban on buying / selling of contraceptives. This in addition to public moral pressure.

Under this conditions we should not be afraid or being ethically hampered to accept governmental measures, this time to stop population-explosions. China took this step and we may be grateful for it. China acted really modern and set an example worth following worldwide imitation.

So I would advocate that you insert2 into your list of ‘SOLUTIONS’: 'direct governmental coercion'. Compulsion this time to fight an population augmentation the consequences of which are so utterly foreseeable: poverty, individual physical suffering (woman), wars, dying outs, modern mass migrations, genocides3. And that so needlessly and lovelessly. Only in Buddhisme we find a formal awareness of the misery of birth. By the way: I love beautiful babies.

1) Some ‘Primitive Societies’ were morally and practically more advanced than modern ones on mastering the size of their population (e.g. Torrestraiters).

2) If you dare of course, for even these times it remains a hot issue. I understand fully if you don’t.