Engaged research: should anthropologists be involved in activism?

To what extent can anthropologists be involved in social or political activism? How events like the 1965 People’s Tribunal on Crimes against Humanity can help us to reflect on the nature of engaged anthropology.

The question of engagement

In what form and to what extent can we, as anthropologists, be involved in social or political activism? How can we be involved and yet still be ethically responsible as anthropologists? How do we deal with the issue of universal values and human rights and at the same time respect 'local cultures'?

These questions have been raised by anthropologists, particularly in the North, since the post-World War II era. The ambivalent and often controversial position of anthropologists was clearly reflected in the 1947 statement by the Executive Board of the American Anthropological Association to the UN Commission on Human Rights. This statement, written by the widely respected Melville Herskovits, denounced the idea of universal human rights on the basis of the argument ‘that every culture has its unique values and its own way’.

Although this position was subsequently redefined in the 1999 statement of the American Anthropological Association, these questions became highly significant in my reflections on the role of UN Conventions and the issue of human rights when I became involved in the research team of the International People’s Tribunal of the 1965 Crimes Against Humanity in Indonesia. In this case it was not so much about cultural relativism but more related to the idea of nationhood. 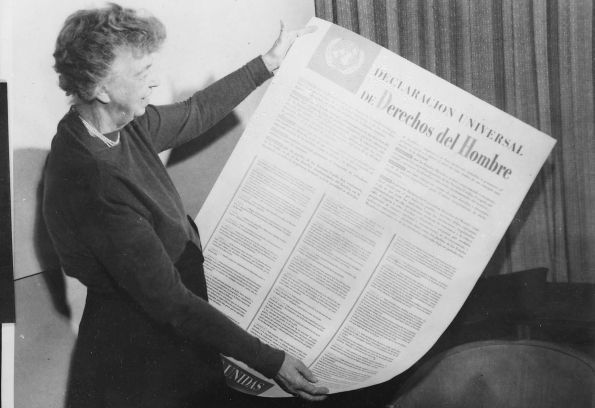 The IPT and crimes against humanity in Indonesia

The International People's Tribunal (IPT) on the 1965 Crimes Against Humanity in Indonesia was held in The Hague from 10th - 13th November 2015. These crimes involved (among others) the killing of between 500,000 and one million people, the arbitrary imprisonment of more than 1.7 million people without trial between October 1965 and March 1966, enslavement, sexual violence and torture, and the revocation of passports of hundreds of students sent to socialist countries to study.

The people who were the targets of these violations in Indonesia were considered to be communists or atheists or to have been involved in plans to kill religious or nationalist leaders. In fact, many of them, as in other mass organizations, were just members or alleged members of the various organizations affiliated to the PKI (Indonesian Communist Party).

Many of the victims of 1965 were either alleged to be part of these organizations or were socially active at the local level, but many of them did not know what communism was, and some were even religiously-oriented. The 1965 IPT was a Tribunal of Inquiry to address crimes which fell under the UN Convention on Crimes Against Humanity, in order to ensure that the incidents of 1965 were recognized as a structural and state-induced human rights violation and to avoid recurrence.

Only once the crimes are recognized as such can reconciliation take place. The People’s Tribunal lasted four days and involved an international panel of judges, prosecutors, expert witnesses, and witnesses.

The Panel of Judges in back row and the Registrar with her team of assistants in front row. November 2015, The Hague.

The preparation of the tribunal involved a three-year campaign and evidence collection process, undertaken by human rights activists, intellectuals, academics, artists, and community organizers. Material gathered as the basis of the evidence for this tribunal included written evidence such as official documents, affidavits/depositions, signed statements, diaries, letters and/or notes or other documents, experts’ views, photos and other visual documents; personal evidence: written or oral testimonies of survivors and witnesses, statements of expert witnesses; and research by around forty scholars in Indonesia and around the world, covering thirteen provinces. The final judgement was: crimes against humanity had indeed taken place.

The reaction to the verdict

Apart from the enthusiastic response in Indonesia to the judgement regarding the 1965 events, particularly among the younger generation, many counter statements were made by various political actors. They used a range of labels for those who were involved in the campaign, such as that they were 'traitors of the nation' or 'communist sympathizers’, or that their work was based on 'non-scientific evidence' or 'non-objective evidence'.

The fact that the tribunal was held in the Netherlands – although Netherlands government was in no way involved - meant it was also labelled as ‘foreign intervention'. During this whole process, I clearly observed how easily categorizations and labels that are associated with certain stigmas can induce violent emotions.

In Indonesia, nationalism and nationhood are terms that engender much passion. Since Indonesian independence, scholars and students alike are strongly stimulated to 'serve the nation' or in other words: to contribute to the development of the nation.

In most schools, the ritualization of loyalty to the nation is endorsed through the weekly raising of the national flag. Apart from the state utilization of nationalism to control and govern the nation, for other groups it can also be linked to diversity, inclusion (through the national slogan: 'Unity in Diversity'), and tolerance.

Recent events in Jakarta, where racial and religious tensions have occurred linked to the figure of the incumbent governor of Jakarta, have stimulated three hundred Indonesian anthropologists to sign a petition demanding the upholding of 'diversity and rejection of intolerance'.

These anthropologists utilized also the term ‘nationhood’ to defend the idea of diversity. In following this process and being involved in both the processes of the Tribunal, and in campaigning to defend the idea of diversity and tolerance, I realize the multiple dimensions of engagements that anthropologists can be involved in. This should not require a sharp delineation between activism and intellectual engagement, but a conscious reflection of the choices we make and the consequences of these choices.

Dear Ratna, very important issue in anthropological work! Also in the present political situation and the wide use of 'alternative facts' we need to give much attention to this.

Great blog by a great scholar and a great activist!