Two and a half weeks ago a popular uprising ousted Burkina Faso’s President Blaise Compaoré after 27 years of power. It raises the question that many African societies face: Are there alternatives and who can give hope to the young generation?

On 31 October President Blaise Compaore’s departure from the political scene in Burkina Faso was immediately followed by a military takeover, which was necessary to restore order and work towards a constitutional transition, army officials argued. Two questions are key: what is the background of this uprising? What are the core features of the current developments in Burkina that may exemplify social and political processes in Africa more broadly?

In 1983 Compaore came to power as the comrade in arms of the charismatic Thomas Sankara, who led a coup d’état by young army officers. These young radicals wanted to break with the old power structures, both within the country (e.g. the power of the chiefs) and at the international level (post-colonial ties). This new agenda was underscored by a change of names: Upper Volta was renamed Burkina Faso, Land of Honest People. In 1987 Sankara’s radical revolutionary course was Compaore’s excuse to turn against his best friend: Sankara was killed by the army. Compaore took over and began to build up the profile of a trusted ally of countries such as Ivory Coast, France, and the USA.

In the early 1990s, after the Fall of the Berlin Wall, Burkina Faso was one of many countries in the Global South to move towards democratic rule. With full control over the facilities of the state, Compaore swiftly succeeded in getting elected as president, for a seven-year term in 1991 and again in 1998. After two terms Compaore should have stepped down, but he engineered a solution characteristic of his political cunning: he agreed to respect the legal limit of two terms (shortened to five years), but for the future, not retrospectively. He had bought himself and his clique another ten years of presidential time, until 2015. 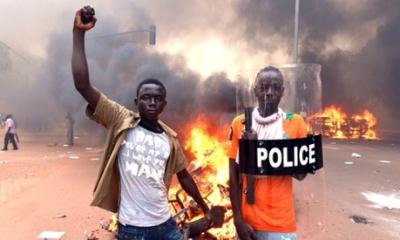 Le Balai Citoyen and the generation of the young

Speculations have been voiced ever since then about Compaore’s choices at the end of his reign. Compaore is a master of mystery: only in October 2014 did he disclose that a bill would be tabled to change the notorious ‘Article 37’, which would allow him at least one more mandate. However, in the meantime his position had been weakened by strikes and revolts (e.g. in the army, early in 2012), and civil rights actions against his attempt to put in place a Senate - an institution that would enhance his refined machinery of co-optation within the elites.

One group of protesters was Le Balai Citoyen, a team headed by several musicians. This group became extremely popular and has played a major role in the recent uprising. Le Balai Citoyen epitomizes the younger generation of Burkina, a generation that has seen only the same old group of men – and a few women – clinging to their power, a generation that has grown up without much hope of being heard by the political elites.

In this respect the situation in Burkina is very similar to trends in many African societies: young people far outnumber the old, but this majority is hardly represented in the circles of influence and affluence. A large majority of citizens, mainly young people and women, have good reason to feel frustrated about their exclusion from economic and political opportunities.

There is another resemblance between Burkina and other African countries: Compaore is by no means the only president to be nearing the end of his final term. Tensions already marked the presidential elections in 2012 in Senegal, when the incumbent president ran again for a third term (albeit unsuccessfully). More presidents are soon to be confronted with the same ‘problem’: Boni Yayi in Bénin, Joseph Kabila in the DRC, Pierre Nkurunziza in Burundi, Paul Kagamé in Rwanda, and of course good-old Mugabe in Zimbabwe. Against this gerontocracy of democratically anointed African leaders, the younger generation may very well opt for revolt (or have already done so). One strategy for revolt seems to be to claim the heritage of leaders they consider honest and committed to the people: notably Thomas Sankara and Patrice Lumumba.

Alternatives and hope for the young generation?

Two questions are central at this juncture: what will the army do, and who can live up to the expectations of decent leadership? In Burkina these questions are hard to answer. After the uprising, the military stepped in –temporarily, it was claimed. Soon afterwards the strong man of the army, Colonel Isaac Zida, announced that he would not bow to the ultimatum of the African Union. In the negotiations with members representing civil society, army officials deploy shady tactics. Moreover, are younger generations and women actually involved in these negotiations? The images in the press show mainly old men. 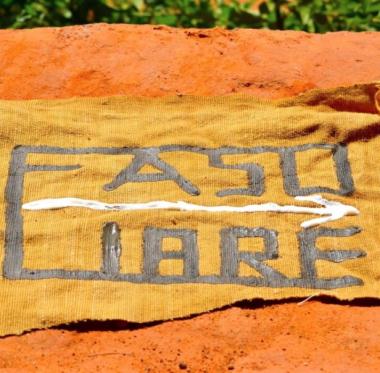 By the end of last week, the negotiations had resulted in an agreement on how to organize the transition period, and how to work towards presidential elections scheduled for November 2015. Last night, the opposition and the military agreed to select Michel Kafando, aged 72, as interim president. As leader of the transition process Kafando, a diplomat with a long career, cannot himself be a candidate for the coming presidential elections. A major question remains: After so many years of Compaore’s cunning game of corrupting, co-opting, and courting the entire political scene in Burkina Faso, who has the charisma, the quality, and the track record to step into the role of consensual and clean leader? Who can be that leader who can make a break with the past and give the younger generation hope and rightful aspirations?

Some of these issues are addressed more fully in the interview Bart Luirink and I gave to the Dutch foreign affairs radio programme 'Bureau Buitenland' on 4 November, 2014 (from 12.30 min). Many other questions remain to be asked and answered in the (near) future.

Thanks for the comments and suggestions. Margriet, very much looking forward tp go to Burkina in these interesting times!

Thank you for this summry.
See also http://www.droitlibre.net

Thank you Sabine for this article. There are already hopeful changes going on, but still some questions are there now we know the new government. But again, the people of Burkina is in the street today to let the rulers know that they will follow up closely their acts and not accept collaborators of Compaore in the government. So fantastic! Looking forward to go to Burkina soon!

Thanks, Sabine, for sharing and the very informative post.