‘Ordinary people’ and the problem of populism

In his blog series, anthropologist Paul Mepschen sets out to make sense of populism. Who is this ‘ordinary person’, so often mentioned in election coverage about populist leaders? Based on his dissertation Everyday autochthony (2016), this is part one.

The Trump election has once again centered attention on the metaphorical figure of the ‘ordinary person’, which plays a key role at the current moment in history – not only in the United States, but especially also in Europe. Many analyses of Trump’s electorate focus on race – and indeed: racism is central to the rise of rightist populism.

Other analyses, including those of Senator Bernie Sanders, activist and scholar Naomi Klein, and anthropologist Arlie Hochschild, center on class and feelings of displacement and disenfranchisement among working- and middle-class people. In part one of this blog series based on my dissertation Everyday autochthony. Difference, discontent and the politics of home in Amsterdam (2016) I criticize the unthinking way the symbolic figure of ‘(ordinary) people’ is mobilized in both populist discourse and the criticism if this discourse. I argue for a more dynamic and non-substantialist approach. 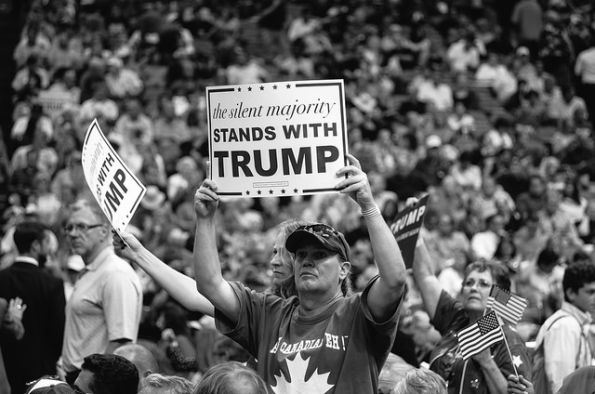 The 'silent majority': Trump supporters at a rally. Photo by: Jamelle Bouie

To ‘give back the country’

After local elections in March 2011 the Dutch prime minister Mark Rutte reflected the far-reaching transformation of Dutch political discourse in recent decades. In response to the electoral victory of his party, the prime minister said, ‘We are going to give this beautiful country back to the Dutch, because that is our project.’

The premier’s words echoed his earlier promise, made when he presented his cabinet in October 2010, to ‘give the country back to hard-working Dutchmen’. This statement exemplifies the normalization of a peculiar political discourse in the Netherlands – an exclusionary politics that rests on the construction and imagination of a notion of ‘the people’, as in the rhetorical figure of the hardworking Dutchman for instance.

The figure of the hardworking, ordinary Dutch person also plays a central role in the rhetoric of the far-right populist Party for Freedom (Partij voor de Vrijheid, PVV). The leader of this nationalist and anti-immigration political formation, Geert Wilders, has argued for years that he represents ‘hardworking Dutch people’ like ‘Henk and Ingrid’ (sometimes: ‘Henk and Anja’).

Wilders argues, 'We choose in favor of the people who don’t have it handed to them. Not for the elite, but for Henk and Ingrid.' Boundaries are drawn, in Wilders’ discourse, between ‘ordinary people’ and alleged elites, but also between white ‘autochthones’ and people of migrant background.

‘Henk and Ingrid,’ Wilders once famously said, ‘have to pay for Ahmed and Fatima. They have a right to a safer Netherlands that is more Dutch’. Class and cultural boundaries merge in a discourse that gives form and shape to a rightwing populist political paradigm and social persona: the ordinary person, who is ‘originally’ Dutch and who is presumed to be and construed as white. 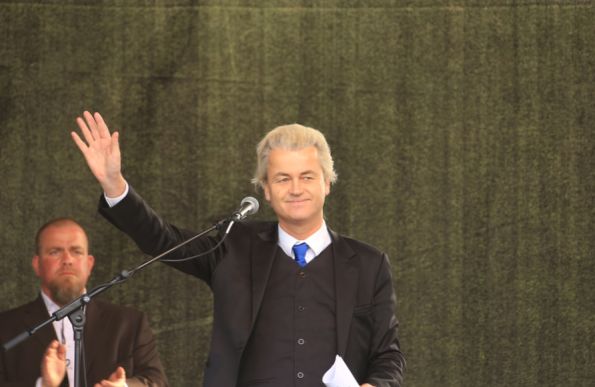 It’s us against them

As Francisco Panizza argues, populism rests on the construction and imagination of a notion of ‘the people’. It is, at core, ‘an anti-status quo discourse that simplifies the political space by symbolically dividing society between ‘the people’ (as the underdog) and its ‘other’ (Panizza 2005: 3).

The form that populist politics takes depends on the ways in which the antagonistic relationship between ‘the people’ and ‘the other’ are defined in a particular time and place. That is to say, to understand populism, we must analyze the construction and everyday appropriation of populist rhetoric and imaginaries, for instance in the Netherlands or in the United States.

Populism cannot be understood by taking the existence of ‘the people’ as a prime political actor or group as an a priori fact, but by developing a non-essentialist approach that focuses on people’s practical activity and self-understanding.

‘The people’ and ‘the other’ are political and social constructs. In other words, they have no ultimate meaning or fixed reality: they are empty signifiers. At the same time, a non-essentialist approach cannot mean we can ignore the tangible aspects of inequalities and power differences that have to do with the ways people are socially situated and that shape an infrastructure for exclusionary views and politics. 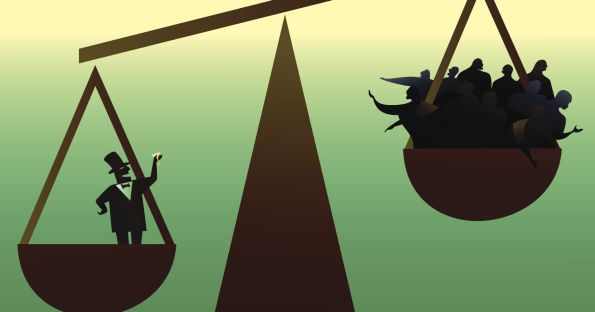 One of the challenges, then, is to flesh out the articulation of symbolic boundaries - ‘conceptual distinctions made by social actors to categorize objects, people, practices, and even time and space’ (Lamont and Molnar, 2002: 168) and social boundaries – ‘objectified forms of social differences manifested in unequal access to and unequal distribution of resources (material and nonmaterial) and social opportunities’ (Ibid.).

In other words, what we need to examine is the extent to which the symbolic boundaries that people draw are grounded in and resonate with 'real', material and political inequalities in terms of access to resources, democratic participation, and decision-making.

In my dissertation, I argue that an ethnographic approach is one of the ways in which an examination of this disjuncture can be made more tangible and intelligible. Until now, little ethnographic attention has been paid to agency and the appropriation and negotiation of populist rhetorics in everyday life worlds. In my next blog, I hope to show how an ethnography of populism can contribute to a better, more nuanced and dynamic, non-essentialist understanding of ‘the people’ and of populist politics.

I fully agree that the 'ordinary man' is a rhetorical construct that is essentialist in the sense that it purports to be an accurate description of reality. I also agree that it is important to examine the accuracy of the empirical claims that underlie such constructs.

However, concepts such as the 'ordinary man' do not only function as descriptions of reality, but also (and perhaps more importantly) as normative models, implying values such as whiteness and masculinity (as you also indicate). Those claims will have to be addressed at a normative level; they cannot be refuted by reference to real, material and political inequalities.

How to deal with those claims most effectively? I love the idea of a nuanced, dynamic, non-essentialist approach, but this will not address normative concerns. An outright attack on racism and sexism will not be very effective either, as it entails moral condemnation, is therefore likely to put off people, and will be branded 'political correctness'.

More generally, a rhetoric aimed at identification and sympathy with the speaker is much more powerful than one based on rational fact-based argument alone. To defeat populist rhetoric, one will have to substitute a more or less coherent set of symbolical figures that embody alternative moral values. Those figures will be as simplistic and essentialist as the 'ordinary man', but at least they will embody more desirable values, in an attractive form. They will be able to win the hearts of the audience - their heads will follow.