The Voices of Asian Modernities consortium studies the ways modern ideas and practices have been shaped by Asian entertainment industries, and particularly how these industries have projected images of the new modern woman as a popular yet often highly unconventional role model. Does such a study provide us with different sort of histories of Asia’s 20th century and if so, different from what?

Imagine we were to reconsider the study of Asia’s 20th century, the emergence of new modern institutes, and ideas. That would be a study not from the perspective of the emergent nation state, and away from the grip of global capital that also in this part of the world has become taken for granted. Rather, we are to look at how common Asians have perceived modernity, how it has been discussed in daily speech, and how it has been associated with fashion, lifestyles and particularly the latest music genres. Would that produce a wholly different history of the modern in an Asian context?

Modernity is far from the singular phenomenon it is often coined to be, instable as it is and with various sentiments attached to it in different parts of the world, depending also on how well one is situated in society. Many of us have come of age with modernisation theories that may reflect the predicaments of Western society, but which are more difficult to transpose to other societies experiencing a similar rupture between what counts as traditional and what is to pass as modern. In spite of harsh critiques, mainly from postmodern thinkers and their rejection of the highly normative nature of modernisation theory, modernity and its perils have for the last ten years been high on the agenda, mostly due to the prolific writings of social theorists such as Gaonkar and Eisenstadt. This time, however, it is about hybrid, alternative or, in its best known form, multiple modernities; a paradigm that breaks with the idea that it is only the Western route that leads to modernity, instead highlighting cultural variation worldwide. 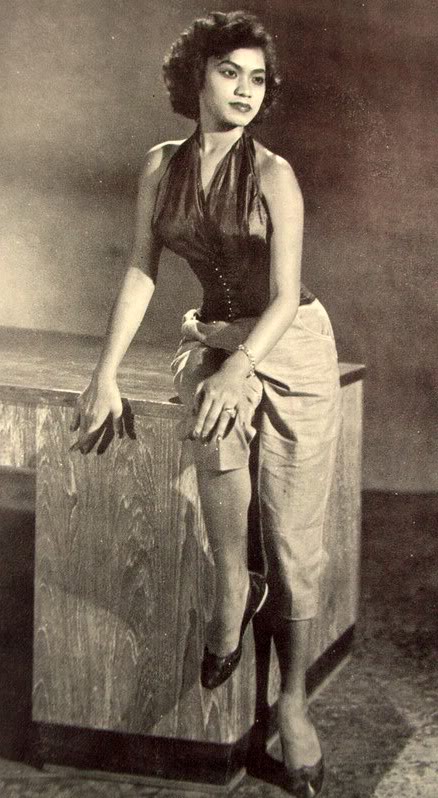 More recently, nonetheless, the multiple-modernities paradigm, however sympathetic it may sound, has been similarly questioned, partly because its proponents have had difficulties explaining how they want to conceptualise modernity, but especially due to the lack of a clear programme in comparing ‘modernities' in the plural. At the risk of ignoring power relations (not all societies are modern of and by themselves) and failing to explain how in each of these multiple modernities progress can be made, too much relativism also becomes an obstacle. A way out may be a shift in focus from variation in space to variation in time, i.e., we study how modernity has been continuously articulated anew and especially how such transformations of the modern have been experienced by a particular people in a particular sociocultural context and time.

Popular culture, particularly popular music, has proven to be a productive field for anyone studying changing ideas of the modern in society. I am thinking here of the pioneering work by EP Thompson, Hobwsbawm’s Jazz scene (1959) and Rafael Samuel’s ‘history from below’. As regards music more specifically, reference should be made to the work of Larry Grossberg on the US post-war rock genre and its link to neocon culture, as well as George Lipsitz’s account of how conventional jazz histories have tended to ignore rural musicians outside the modern metropoles.

Not only are the best of such popular histories restricted to the Western entertainment industries, hitherto the role of female artists has also been largely neglected, in spite of their changing role – from economically and politically marginal towards a showcase of glamour and empowerment. This aspect can tell us much about the coming of a new type of modernity that was catapulted with the launch of a native entertainment industry, one that has often been at odds with the exclusive claims by nationalists and states to the project of modernity.

To somehow redress this imbalance and pay homage to some Asian divas and their neglected role in today’s histories, a project was recently launched in which the University of Pittsburgh, the KITLV’s Articulation of Modernity programme and Leiden jointly organise a few workshops and publish on how female artists have musically performed modernity throughout Asia.

I am currently studying the popular modern in Malaysia. It is noteworthy that a list of 100 memorable Malaysian women, compiled in 2011, includes 15 popular divas. Three of them merit further attention here as they tell the tale of a changing Malaysia. All three mirror the industry’s typical rag-to-riches story, making it to the nation’s capital, meanwhile gaining proficiency in a world language not their own by listening to records. All three are representative of the diva’s power to change faces, switch codes and have talent for strategic manipulation of a novel sort of feminity. Allow me here to just briefly introduce each of these glamour ladies, showing how a different history of modern Malaysia may be told. 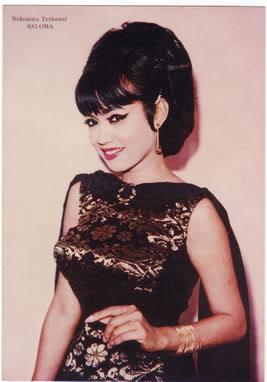 Saloma very well symbolises a not-yet-independent Malayan nation that is not aware of what is ahead. Unlike her husband, P. Ramlee, the national hero whom she married in 1961, she has attracted little academic interest, supposedly because Ramlee’s popular nationalism is more in-sync with dominant narratives of the time and has allowed careful scrutiny of nationalist thinking in the dawning Southeast Asian nations. Whereas today Ramlee is linked to a glorification of traditional Malay village life, Saloma is foremost remembered for her bold appearance and sexy outfits that served many a Malay girl as inspiration. Even today she is a prominent style icon, as reflected in Saloma style modern dress. 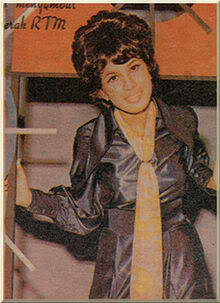 The career of Sharifah reflects a changing Malaysia that in 1963 gained its independence from England, and she was the Federation’s first star to win a national contest in what then still was the Malayan state of Singapore. The former motherland remains an ideal (reflected in Sharifah’s pride in being the first Asian artist to perform at the Victoria Concert Hall), but she is also a new style icon that shows how from the 1980s onwards Malaysians started looking in other directions. Under Mahathir the nation developed steadily, with many settling in metropoles such as Kuala Lumpur. But Malaysia has also become a prominent member of the Organisation of Islamic Countries. Accordingly, Sharifah records in the Arab language, and mingles her songs with quotes from the Koran. Her fame reaches well into the Middle East. 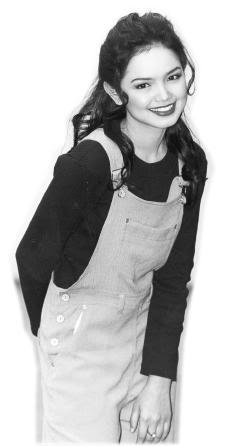 Siti Nurhaliza is probably the bestselling Southeast Asian diva of all. She refuses to subject herself to the whims of the industry, instead favouring an image of the devout village girl she initially is. Nevertheless, as all true divas Siti has a keen eye for what change is needed at which stage and is able to switch codes. Siti not only is Southeast Asia’s own Pepsi Cola girl, but may just as well excel in ethnic pop exploiting the popularity of a new sort etnonationalism that caught Malaysia in the 1990s. Siti is a media darling, but to many remains the girl-next-door, in spite of her running her own cosmetics emporium. Like Sharifah and Saloma, Siti’s career shows that modern Malaysia opts for progress and capitalism without this implying a break with tradition or Islam. Thus, Siti manoeuvres between a local message and global recognition, as her recent cooperation with Islam’s superstar no. 1, Sami Yusuf, also attests.

Studies of pioneering women in the popular performing arts of Asia show how ideas of performance have been instrumental in the construction of new identities. Women have surfaced as popular icons in different guises through different routes. The ascendancy of women as performers ran parallel to, and in fact also generated, developments in wider society such as social and sexual liberation, women becoming business entrepreneurs and independent income earners, and new life styles. Historicizing the artistic sounds, images, and social lives of Asian glamour ladies may shed a different light on how modernity has been made, unmade and remade in particular historical and cultural contexts.

If you want to know more, you are welcome to join our September workshop. For a programme, see: