Exposing the interface: the critical future of (cyborg) anthropology

Should ditigal research by anthropologists, or <i>cyborg anthropology</i>, be made available as a corporate market research technique? Or should it make explicit how our “predictions” for the future normalize political and corporate interests?

“Wear these glasses. This is the Future”

On February 21, 2013, the front pageof the Dutch newspaper NRC-Next carried a picture of a woman wearing an odd-looking pair of glasses. The photo was adorned with the text: “Wear your glasses. This is the Future.” The article with the photo explained that this woman wears “the Glass”, one of Google’s latest gadgets. The Glass is a transparent voice-controlled computer interface in the shape of glasses. Wearers can literally picture all they see, share it with others in real time, and interact with these others through the screen.

The author of the article writes that “a beautiful Google commercial” convinced him that this gadget is “almost without doubt” going to influence “our lives drastically.” In the commercial that is referenced a parachute jumper, a table tennis player, a sword fighter, and a tourist in Thailand, among others, film their activities through the Glass from a first-person perspective and immediately share these images through the internet. In this way they integrate their activities with online searches (“OK Glass: what is “delicious” in Thai?”) and with social communication (“OK Glass: Hang out with the flying club).

The author sees the Google glasses as the prefiguration of an ever-increasing blurring of the lines between technological and human perception, communication and control. “In the future”, he writes, “we will all forget that there are gadgets”. Online information will “float” and “appear of its own accord” at “relevant moments.” In this newspaper article it is not only technological and human perception that converge: the journalistic genre, commercial advertising, and future prediction are also seamlessly interwoven. Together they conspire to enthuse the reader for a gadget that is clearly the result of human innovation, but also presented as a logical and inevitable evolutionary step.

Not only journalists, but also anthropologists interested in “digital culture” are increasingly invited to spice up their social-scientific narrative with corporate lingo and futuristic prediction. As also pointed out by other critics, research by anthropologists interested in everyday (high-tech) consumption is increasingly treated by corporations as a form of market research.

Can we imagine any alternatives for the future of digital anthropology? Let us consider our options. 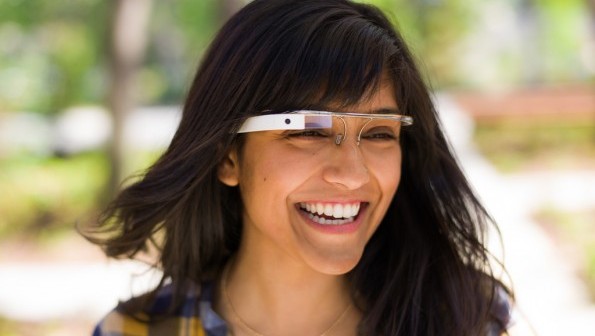 The Market Value of Cyborg Anthropology

In 2011 the American anthropologist Amber Case gave a presentation at the “Facing Forward” conference in Amsterdam. She was announced as a “cyborg anthropologist”, interested in studying the intimate ways in which people make information technologies part of their everyday lives. On slide after slide, Case presented detailed observations regarding the subtle ways in which human perception and awareness have “melted” with information technologies. She pointed out, for instance, how after cleaning up the hard drives of our mobile phones they actually appear to feel lighter. She also gave examples of the many ways in which humans “befriend” their gadgets as if they are living companions.

Yet, Case did much more than presenting her research results. She actively sought to give her audience a feel for the “exciting” future that human-computer convergence may bring. She showed, for instance, a video filmed by Steve Mann, who is considered by some to be the world’s “first cyborg”. The video shows how Mann perceived the streets through the screen of his wearable computer – a precursor of today’s Google glasses: advertisements on billboards were erased and replaced by texts typed by his wife, who was connected to his glasses via a computer in their home (“Steve, you have to turn right here”).

Using this as an example, Case suggested how human-computer convergence can make the world more creative, enjoyable, comfortable, and empowering. She also used her own interaction with technology as a case study, describing how she uses sensor-based digital technology to control her living environment in automatic ways. Her door locks when she is outside a particular distance from her house, and lights and heating switch on when she enters it.

In an online article, a journalist wrote about Case: “Case peers into the future and brings [it] back for us to comprehend”. And indeed, on stages like the one at the Facing Forward conference, Case’s (auto)-ethnographic research examples are made to serve as predictions of the future. For Case, who is also a CEO and advisor of several technology companies, it is this association with “the future” that gives her ethnographic research its market value. In this way Case embodies a convergence between anthropological reflection, commercial interests, and futurism. A position that I think does not make full use of the critical potential that anthropology has become known for.

A tradition of “cyborg anthropology” that is quite different from the one represented by Case has its roots in feminist and Science and Technology Studies (STS) scholarship. Arguing against the dominant notion that science uncovers a pre-existing reality, scholars in this tradition instead try to show how technoscience, from the seventeenth century onwards, actually constructs reality in particular ways. Case and other futurists take the notion of “human-computer convergence” as a futuristic norm. By contrast, this more critical form of cyborg anthropology questions the extent to which the notion of “convergence” is not itself a cultural construct with particular political effects. Let me give an example of the new types of ethnographic questions this approach may yield.

One of the stories used by Silicon Valley entrepreneurs and futurists to illustrate the empowering aspects of information technology evokes the image of the “new economy” worker. They are people who use the laptop, the mobile phone, email and skype in order to decide for themselves where they work, where they communicate and with whom. Yet, of course, these technologies also operate as tools that extend corporate control into the private sphere and enlarge the time frame in which employees feel responsible for work duties. Given this tension, good ethnographic research begins with the question how these positives and negatives are distributed throughout society: who is in a position to switch off the phone and not reply to emails, and who feels pressured to always be “on”?

Another question that critical “cyborg anthropologists” should ask is what the rather vague metaphor of “human-computer convergence” actually means in a political sense. It is clear that for Case and the Google CEO “convergence” is facilitated by the disappearance of the interface between humans and technologies. Yet, what else is it that “disappears” along with the interface? Surely, users who interact with the internet in increasingly unconscious ways are also increasingly unconscious of the corporate and political institutions that manipulate, censor, trade, and control internet communication at this interface.

A critical cyborg anthropologist will also draw attention to the way in which our current information society normalizes particular types of technology consumption. Depending on their mode of consumption, some people assert themselves to be “future-prone”, others as the “not-yets”. Those attached to “the Cloud” through their iPhones and tablets, for instance, already “belong to the future”; those who don’t know English or don’t own computers, by contrast, are the “not-yets” and are subjected to “educational” interventions by governments and educational institutes.

Cyborg anthropology may have a futuristic ring to it, but if done well, it simply does what anthropologists have always been good at: to make explicit how what is cultural is made to seem natural; i.e., how our “predictions” for the future normalize political and corporate interests, and render invisible socio-economic differences. The big challenge for anthropologists today then is to resist selling their insights as market research, and to appeal to the curiosity shared by many people regarding the question how to act and to think critically in today’s complex global society.