Beyond multispecies ethnography: Engaging anthropology with violence and animal rights

In the field of Anthropology the focus on social justice and human rights is a general theme. Yet, animal rights have largely escaped anthropological attention. Is it not time for anthropologists to take a stance and go beyond multispecies ethnography?

The horror of human rights abuses

Let me start this post with a vignette: On October 3, 2015, at the final plenary session of the German Association of Anthropology in Marburg, at which I was the Environmental Anthropology’s panel discussant, Nancy Scheper-Hughes presented a paper on organ extraction. Scheper-Hughes, who is part of a task force of social scientists and transplant surgeons who have launched a global investigation of the organ trade, reported her ongoing research on the global traffic in humans for their organs to serve for international transplant patients.

It was replete with images of organ extraction victims, mutilated bodies, and close-ups of stitched skin surfaces, swollen faces with brains and eyes pulled out, illustrating the horrendous legacy of a multibillion dollar industry in organs that preys on impoverished communities. Live donors, pictured demonstrating their extraction scars, have apparently indicated that they wanted to sell more of whatever they had in two’s – their eyes or testicles.

Scheper-Hughes explained, that these people, driven to desperation by despair, couldn't think beyond dire need. Dead bodies of Brazilian street children who were killed for their organs, the smashed faces, post-mortem abrasions, were displaced on a huge conference screen, without censoring for shocking or offensive content. She expressed hope that through anthropological evidence she can help protect the world's poor from human rights abuses, concluding:

"I argue that heretical methods are needed. Radical anthropologists can make public the convoluted and paradoxical forces that have created a world cut in two between lives and bodies can be enhanced at the expense of others whose bodies don’t matter, except as a source of medical material." 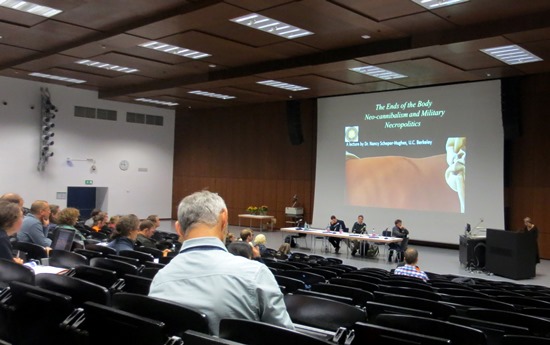 The grim images, as well as Scheper-Hughes’ words conveyed the speaker’s repulsion, empathetic pain and condemnation that blurred the line between political journalism, activism, and what can be termed as ‘applied’ or ‘engaged anthropology.’ The presentation stirred the audience to engage in a passionate discussion shortly after the plenary session.

“Horrible!” one of the German female conference participants exclaimed. “They [the organ extractors] are like animals!” “What I don’t understand,” another German female participant chimed in, "is why there would be such a huge trade in human organs anyway? I heard that you can perfectly well use animal organs -- pig’s hearts, for example.”

“Yes, but that is more difficult,” explained an Austrian male participant. “The human body rejects them sometimes…I think the best organs for human use are those of chimpanzees.” One of the students who helped to organize this conference then wondered, “But is it ethical?” “What would you rather do, keep killing humans?”, exclaimed the German speaker indignantly. “What next, doing medical experiments on humans?” 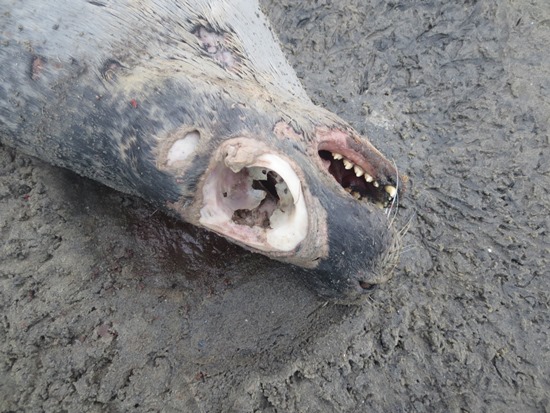 A few distinct lines of inquiry have been evoked in anthropology to address this question: the intersection between anthropology and ethics, and between medical and environmental anthropology, as well as multispecies ethnography and Actor Network Theory. The moral implications of engaging with nonhumans have been discussed by Donna Haraway (2008), Jane Desmond (2013), Veronica Strang (2013), Melanie Rock (2016) in contexts varying from roadkill, the meat production, biodiversity loss and medical experimentation.

Yet the political engagements with these issues, particularly animal rights, have largely escaped anthropological attention. Multispecies ethnography has largely steered away from animal rights discussion, leaving multispecies relations depoliticized, too academic to be truly engaged. 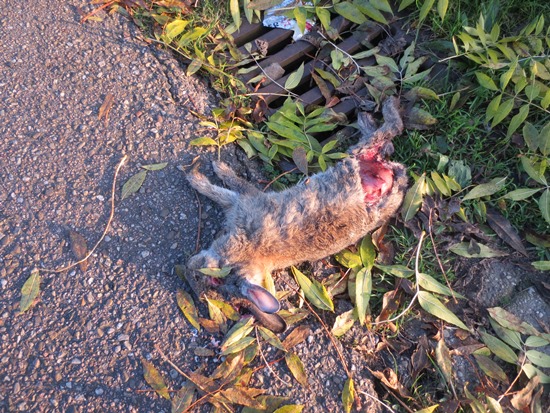 Beyond activism and conventional anthropology

According to The People for the Ethical Treatment of Animals (PETA) Foundation “each year, more than 100 million animals—mice, rats, frogs, dogs, cats, rabbits, hamsters, guinea pigs, monkeys, fish, and birds—are killed in laboratories, medical training, curiosity-driven experimentation, and chemical, drug, food, and cosmetics testing. Before their deaths, some are forced to inhale toxic fumes, others are immobilized in restraint devices for hours, some have holes drilled into their skulls, and others have their skin burned off or their spinal cords crushed.

While some people find PETA is a shocking, incendiary organization, from the ecological justice point of view, it is not any more shocking than moral normativity of social justice supported by a human rights organization. What Scheper-Hughes has described is horrendous and anthropologists should indeed actively work against this terrifying trade.

Is the use of animals in medical experimentation moral? Is it not time for anthropologists to take a stance on animal rights? If the acceptance of daily animal suffering and sacrifice is to be challenged, more engagement or even activism that goes beyond conventional multispecies ethnography and the rhetoric of entanglements is needed. 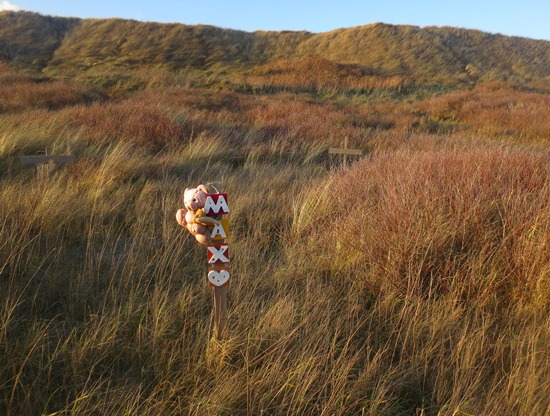 I'm in grad school, working on my Masters in Anthropology, and this is related to my thesis! I'm glad to see these points raised by anthropologists.

To respond to Curmudgeon regardign rights and responsibilities - there's a lot of instructive work in regards to variations on human rights, including rights of (unborn) children or handicapped people, as well as those of future generations. Obviously, these groups cannot carry responsibilities while they can be (and in some cases have been) accorded with rights. Also, an emerging field of animal rights law in instructive in this respect (see Peters, A. 2016. Global Animal Law: What It Is and Why We Need It. Transnational Environmental Law, 5: 9-23 doi:10.1017/S2047102516000066). The notions of rights and responsibilities as well as justice, equality and equity from an ecological justice point of view (see David Ehrenfeld 1978 and more recently Bryan Baxter 2005 and Polly Higgins 2010).

Humans may have duties toward animals. But if animals are credited with rights strictly speaking, does this not go with duties? How are we to conceptualise animal duties?

This is an important point you raise, Helen, and I have enjoyed the discussion here and on the EAnth listserv.

There are several multispecies ethnographers within the critical animal studies group at University of Washington whose work focuses on animal rights and ethics.

Maria Elena Garcia (2013) "The Taste of Conquest: Colonialism, Cosmopolitics, and the Dark Side of Peru’s Gastronomic Boom." The Journal of Latin American and Caribbean Anthropology 18:3 505-524.

In any case, your claim surprised me, in part due to my exposure to the work of these (and other) scholars at UW. I imagine that their networks and commitments extend far beyond the University of Washington. It would be interesting to see where the intersections and disconnections are between other multispecies ethnographers and those whose work focuses on animal rights, but do not describe themselves as engaging with multispecies ethnography.

Let us not forget we are all animals. What gives us the right to treat others as less than.

Natascha, like you, I really hope that more anthropologists start focusing on these issues and that the recognition of subjectivity of nonhuman beings in anthropology and beyond will no longer be considered 'radical'…

José, thank you for this great bibliographical suggestion!

Erin, indeed, great references! We do discuss Barbara J. King (among many other ecocentric anthropologists) is our new book Culture and Conservation: Beyond Anthrocentrism https://www.routledge.com/products/9780415721981

Question for anybody who may know: any contact details for Barbara Noske?

Thank you so much for raising this question. I personally believe that indeed, it is also anthropologists' role to discuss the suffering that humans cause to other animal species... If our role is to look at all aspects of human's life, we also need to enquire human's relationship to other animals and seek to understand how imprisoning, torturing and killing animals for our own pleasure and experiments, has become so normalized and accepted... and similarly, why those who care about animals' welfare are often being discriminated against. I really hope that more anthropologists start focusing on these issues in the near future...

I addressed the issue to include animal (rights) in anthropological research many years ago. See:

Thanks for your blog. One anthropologist who does a lot of work on animal welfare is Barbara J. King, she has a blog on NPR. On Psychology Today, anthropologist Pat Shipman has a blog callled "The Animal Connection", and John Bradshaw has a blog called "Pets and Their People." I'm sure there are others, too. All of these are US based, though, I'm not sure what people are doing in the rest of the world.