Anthropologies of and with Asia, at Leiden University

What anthropologies of, and with, Asia do we practice at Leiden University? And how do we want to move forward?

"Today, many students from Indonesia are being trained as professional anthropologists at Leiden University. But why do PhD students from Asia usually study their own country? Why is that?" This was one of the questions raised in an institutional roundtable by representatives of the 'Asia Research Cluster' of the Leiden Institute for Cultural Anthropology and Development Sociology convened at the ICAS11 – the 11th edition of the International Convention of Asian Scholars.

The question does not have an easy answer, as became clear from the engaged discussion in which it was embedded. With about 2400 participants, all scholars in the Social Sciences and the Humanities, ICAS11 was reputedly the largest conference which Leiden University has ever hosted. In the very well attended roundtable on 'Anthropologies of Asia', Leiden CA/DS PhD students, faculty and other conference delegates explored the challenges of contemporary anthropological research that engages with Asia.

Who sets the research agenda?

Acknowledging Leiden anthropology's troubled academic heritage, as in Snouck-Hurgonje's mid-19th century engagement with Dutch colonial warfare in Aceh, the roundtable participants critically questioned who sets academic research agendas and who benefits from anthropological research. Even beyond the continuing need to decolonize western academia, this is not a futile question, considering the present-day emphasis on research-valorisation. There is a clear need to rethink the practice of asking Asian PhD students to study their own countries, rather than offering the opportunity to study the Netherlands or any other place in the world. At the same time, this should not lead to discouraging the study of places that have been and continue to be, marginalized. As anthropological theorizing depends on situated knowledge of local settings, one of the participants pointed out, it is exactly studies of these places that may offer new perspectives.

All participants to the roundtable emphasised how the comparison between cultural contexts is intrinsic to the anthropological endeavour. Such comparisons encompass new spatialities or spheres within Asia, defined, in a thematic sense, in for example trajectories of migration, trade routes, or popular culture. Several speakers highlighted that the current interest in intra-Asian comparisons, as well as the academic study of intra-Asian dynamics, is a promising way forward for Asia Studies. As new comparative realms continue to emerge, also across the Global South, and between Asian and Western contexts, the methodological and theoretical premises that undergird anthropology as a discipline are reinvigorated. At the same time, as anthropologists, we keep asking critical questions of what ‘Asia’ is. For example, how does Central Asia fit in with Asia studies if Central Asian countries are more oriented toward Russia and the Middle East? How can studies of Asian migrants in, for instance, Europe help to redefine Asia in relational rather than geographical terms?

So far, academic landscapes continue to feature gridlines which focus on 'the West'. These are in need of reconfiguration, creating new axis' of translation and communication. How can this be achieved? What are hindrances to such an effort, and how can these be overcome? As Asia's economic development facilitates the growth of its academic institutions and ambitions, increasing numbers of scholars from Asia engage with, advance and improve anthropological theories and methodologies. Considering the intrinsically situated nature of anthropological knowledge, its interpretation can vary with the academic contexts in which it is conveyed. Likewise, the decentring of knowledge production can challenge the hierarchies that currently define the discipline. While this does not necessarily entail giving up theory produced in the so-called west, it can inspire alternative research agendas and translate in the production of new theory.

The animated discussion generated by the roundtable ended with a plea by some of the participants demanding exploration and reconsideration of academia's inequalities in terms of language, publishing and finance. This includes open access to publications, and better possibilities for scholars from the Global South to publish in global journals. It also calls for intensification of opportunities for the exchange of students and staff between academics located in Europe and in Asia, as an opportunity to critically assess and advance shared research agenda's. 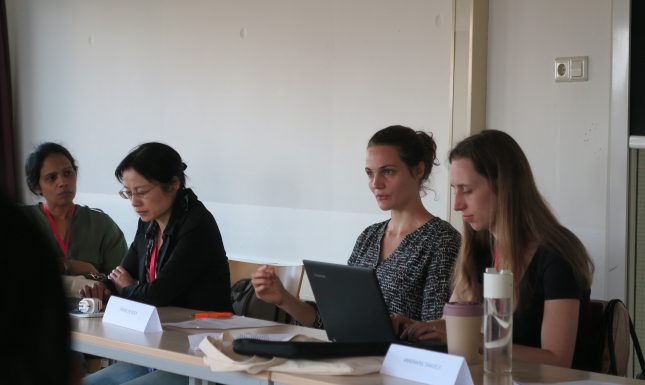 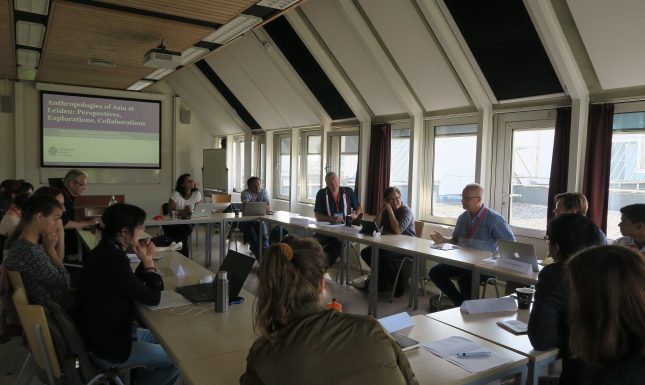 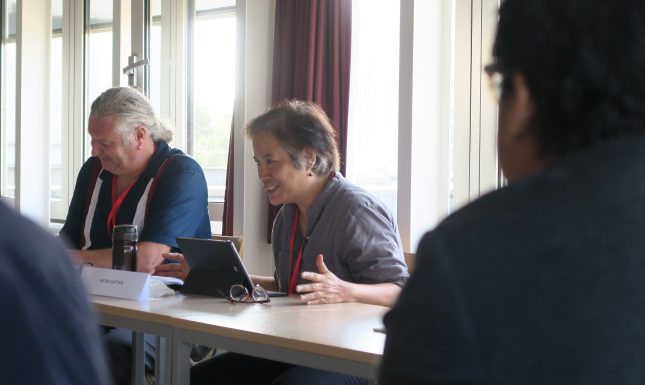