48 hours of digital detox: can you survive without your digital devices?

Digital Anthropology students stayed offline for 48 hours to understand their relationship with digital technologies. How did they survive without devices? Their experiences ranged from strong 'FOMO' to empowerment. What would digital detox mean to you?

Why we can't generalize about social media

Use of digital technology and social media varies. Despite popular assumptions about how new technologies and social media supposedly impact all users in similar ways, by─for example─making everyone less social, more superficial or more productive or anxious, people’s experiences are actually very different.

Anthropologists in the most ambitious comparative ethnographic project on social media so far show that there is amazing variety in the ways people make use of online platforms. According to their study in nine different countries, there are very few general claims one can make about people’s relationship with social media.

In some contexts social media is used to avoid socializing, while in many others it is used to socialize more. In some places social media is a space to transgress conservative norms, in others, a place to project and reinforce them. Some people experience social media practices as an invasion of their privacy, while for others, this is their first experience of claiming a space for private connections that escape the prying eyes of family or neighbors. 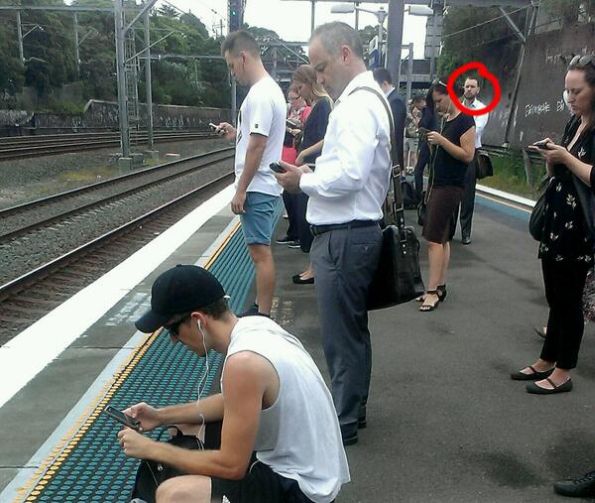 'What is wrong with this dude? What is he looking at? The world?' Image source: Reddit

Similarly, we can feel empowered through our use of social media, just as we can feel obsessed, exhausted, or addicted. To better understand the complexity of their own relationships with digital technologies, many students who took my Digital Anthropology course here at Leiden University over the past semester chose to do a voluntary ‘digital detox’ assignment. The ways in which social media and digital devices are integrated into our daily lives become painfully or delightfully apparent if you remove them for 48 hours.

The routines were broken and this revealed our automated and unconscious uses of technology. Many students remarked how checking their smart phones and social media apps has become an unconscious physical reflex. Without them realizing it, their hands automatically reach for the phone and fingers tap on certain applications. Now their lack of devices, or the blank screens they found, suddenly broke up these habitual actions.

Phone = a sense of security?

While on the one hand student experiences showed the resourcefulness of human imagination as they easily found new ways to get around, they also highlight the importance of maintaining the ‘non-digital’ public communication infrastructure – ranging from written schedules in train stations, to city maps on billboards and public clocks. As one student pointed out: having public telephones, at least in crucial hubs such as train stations, airports etc., could really make a difference.

Some students continued to carry their phones with them even though they were switched off. Having a phone seemed to provide a sense of ‘security’ that was hard to articulate. Some students felt surprised about this, noting that a few years ago they would have felt equally safe without a mobile phone.

Many reported with surprise how much time they actually spend on ‘scrolling’ social media, often mindlessly. Now, in digital detox, they felt they had more time on their hands that they could spend purposefully, and that often seemed a liberating experience.

Students reported picking up older hobbies they used to have, like painting or making music, or rediscovering the joy of reading a book without being disturbed by social media alerts. Many claimed that not being on the phone while traveling made them appreciate their surroundings more and ‘freed up mind space’, making them feel less tired.

Multiple students said that they actually felt relieved to have a reason not to be online, not to scroll, chat and socialize in a way that often means not socializing with the people around them. Many invested time in making dinner together with their friends. 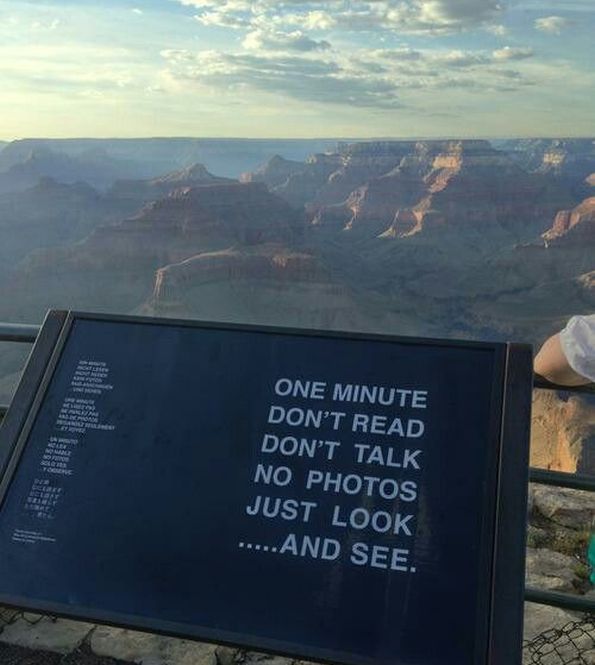 The second day brought out the ‘social’ aspect of social media, and how being excluded from online spaces also meant feeling excluded from certain social relationships. Quite a few students reported a deep sense of longing for the social interactions they have with their friends and families online, especially as the detox progressed. Many reported a strong sense of FOMO – 'Fear Of Missing Out' and not being ‘in the know’ about the more recent jokes or other relevant social information.

Social media constitutes sociality in many meaningful ways. As one student put it – “the idea of not being able to connect with someone instantly by sending a message is actually weird for most of us”. Being online and responsive online was often compared to ‘being alive’, and lack of online communication was on some occasions interpreted as a sign of problem (e.g. a mom who was worried about not seeing her child ‘online’ for a day). Some also experienced guilt for not maintaining their social relationships over these two days.

All of this attests to the various ways in which we engage with social media. In some instances Facebook may mean distraction, avoiding boredom, and mindless stimulation. But it can also be a place for very meaningful interactions with close friends and an essential utility for arranging meetings and keeping informed. Detox allowed the participants to reflect on these practices and meanings.

After the detox many students expressed the hope that they will be more mindful of the various ways they engage with their devices and will try to stick to those digital habits that they actually find useful and get rid of those they have discovered to be unnecessary.

Digital Detox was an optional assignment, yet the overwhelming majority chose to do it. What would a digital detox mean for you?

Interesting article. Missing a bit a theoretical context, though, to heighten its relevance.
About your question: What would digital detox mean for you? It seems to imply that every reader is intoxicated. Not so. I have been online since before the internet: Arpanet, in the mid 70s, at Leyden University (had to go to the "Computer Centrum" for that, after a 2-week course...). I must have been the first Leyden anthropology student to be online. But detoxing? No need to since I am not intoxicated in spite of being active on multiple media. I enjoy many a weekend, and more days during a vacation, without connecting, getting info from my direct environment. No FOMO at all. Good luck with your PhD!