Whose land is it anyway?

Property is not just a legal term that states who owns what. Discussions on property reveal a bigger picture, in which not only the law but history and oral tradition take part as well.

For anthropologists, ‘property’ is an interesting term. Anthropologist Max Gluckman argued against understanding property as a relation between persons and things, stating that all property relations were ultimately social and political relations. In other words, ‘property’ is much more than a legal term to define who owns what. It is a concept in which ideologies of distribution and sharing, control, and power intertwine.

Since the mid 1990's the Canadian mining company First Quantum buys land from the government of Zambia. As they are now the legal owners of the land, they can do with it what they bought it for: extract minerals. But first they have to relocate the people who are living on the land, sometimes families who have lived there for several generations. In return they give them a bigger house, a remuneration, and an apology for any possible inconvenience caused; they even help them move. Sounds fair, doesn’t it?

The fascinating Dutch TV programme ‘Dwars Door Afrika’ (Straight Through Africa) addresses the case in one of the episodes. It becomes crystal clear that people have different ideas about ownership of land. In several conversations, locals say they are the legitimate owners of the land, including the minerals in it, since their families have been living on and working the land for several generations, and they have inherited it. They question why they should not have a share in the wealth extracted from the land. 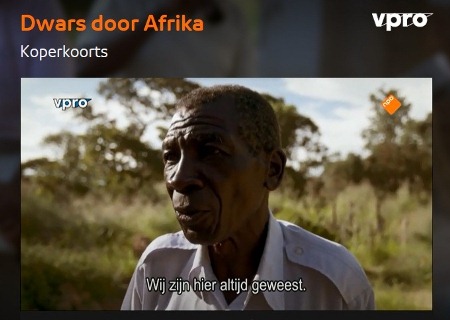 On his way to interview a group of people who have to leave their houses, presenter Bram Vermeulen, asks a local activist who is driving with him whether the locals can say that they are the legitimate owners of the land. The man seems a bit agitated and asks: “What do you mean by legitimate? A piece of paper? First Quantum must learn that under customary law, ownership is not written on a piece of paper. It goes according to history and oral tradition.”

Standing in a newly built village, Vermeulen asks a representative of the mining company whether he understands that locals view the land as theirs because their families have lived there for generations. The representative does not answer the question, but immediately refers to the laws that best serve the company’s interest. He stresses that the law requires the company to deal with the state alone and that, in accordance with that law, the company’s acts are legitimate and justified. A logical thing to say, if we take into account that the main goal of the mining company is to do business. But through their choice to deal with the state alone, they left the locals without a choice. Or as one of the men who had to move said to Vermeulen: “We didn’t even have a chance to protest. We were just told to leave.”

Both the mining company and the locals claim the land, but they use different laws to support their argument. First Quantum uses Zambian mining and property laws; the locals rely on customary law. It is hard, if not impossible, to say if the arguments of the one party are better than the other. Both views are perfectly understandable if you accept the logic, and the social and moral ideas, of the party making the argument. 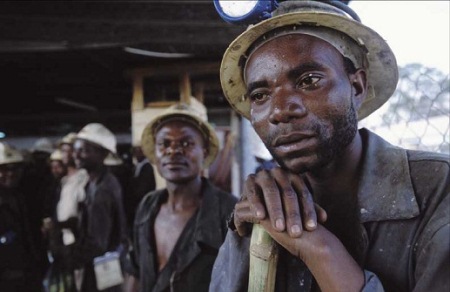 Property as a window on social and political relations

Property is not just a legal term that states who owns what. The division of property came into being under certain power relations, and power is exercised through property. The mining company was able to buy the land because it had the money and access to the state. Now it can make the rules on its land, rules that especially affect the locals. Looking closely at the distribution and use of property brings to light all kinds of often complicated relations. The relation between locals and the mining company, between the mining company and the state, and between the state and the locals, as well as the relation of all these different parties with the land. All in all, property is a valuable and important window on social and political relations.