Pope Francis´ visit to the Philippines: “I have looked into the eyes of God"

No doubt about it: Pope Francis is a superstar. At least in the Philippines. Watching the marching crowds in a country that lacks a strong sense of national identity, it is clear that the visit was a life changing experience for many Filipinos.

Pope Francis outrivals every other celebrity in the Philippines - in terms of the size of the crowds he pulls, the media coverage he attracts, and the numbers of T-shirts bearing his smiling image. During his recent visit he brought hope, inspiration, as well as sheer joy to millions of people. For five days the whole country came to a standstill, and everybody was completely focused on the pope. The government proclaimed a public holiday on Friday January 16 to allow everybody to celebrate his visit. 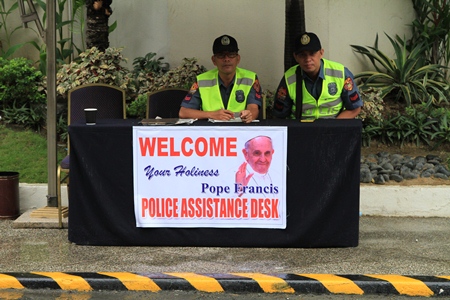 Hours before Pope Francis, known locally also as Santo Papa, was due to celebrate an open air mass in Rizal Park in Manila on Sunday (January 18), millions of people gathered at the venue, hoping to catch a glimpse of the Pope and to receive his blessings. Many people stayed overnight in the park, so as to be as close as possible to the Pope the next day. All the streets leading to Rizal Park were filled with pedestrians; this part of the city was completely closed off to motorized traffic. People had to walk miles to reach the park. It was a kind of pilgrimage: entire families, groups of youngsters, nuns in uniform, and many people in wheelchairs. The eight-lane-wide Roxas Boulevard was filled with people slowly moving towards Rizal Park. Many people carried images of their patron saints or other saints with them, hoping the Pope’s blessing would reinforce the protective influence ascribed to them. The rain falling throughout the day apparently had no impact on the number of people heading for the mass gathering. 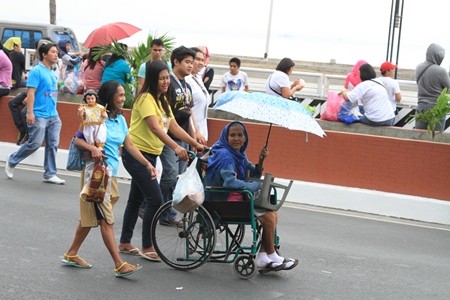 While foreign media were mainly focusing on what the Pope did not say about the acceptability of contraceptives, options for divorce, or homosexuals’ rights, the media in the Philippines paid very much attention to what he did say about the unacceptability of corruption, the need to do more for the poor, and social issues, such as the problems related to the large number of overseas workers, which undermine family life in the country. The local newspapers focused strongly on the major theme of the visit: mercy and compassion.

Among the groups which reacted favorably to one of Pope Francis’s speeches were the indigenous peoples from the island of Mindanao, who conferred the title of Apo Edsila (Tribal Elder) on the Pope. During his speech at the presidential Malacañang Palace he had spoken out about the rights of the indigenous peoples, in the context of his pro-poor and pro-environment principles. Interestingly these are among the themes that we as anthropologists focus our work on in the Philippines. 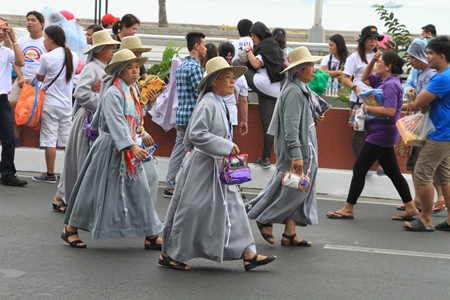 Religious devotion is considered one of the characteristic Filipino values. Given that about 80% of the country’s population are Catholics, a papal visit obviously generates a lot of attention. Many Filipino people still strongly believe in religious blessings as a possible way out of poverty, misery, or serious health problems. The yearly processions devoted to Santo Niño and the Black Nazarene (both images brought to the Philippines by the Spanish in the 17th century), for example, also draw millions of people, all of them hoping for a miracle if they touch the statues.

In an effort to explain the popularity of such gatherings anthropologists have argued that these people are seeking divine intervention to alleviate their daily hardships. Thus, most people are actually more interested in the religious power ascribed to blessings and the physical contact with religious symbols than in the Pope´s exact wording of politically sensitive issues like family planning or divorce regulations. Moreover, people in the Philippines are fascinated by stardom. There is enormous reverence for celebrities of any kind, whether basketball players, beauty queens, pop singers, or movie stars. 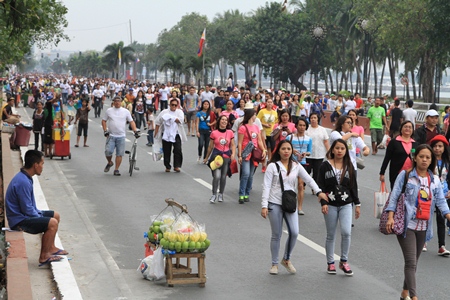 It is the combination of widespread religious fervor and celebrated stardom that explains the country´s sense of excitement about the Pope´s visit. And in spite of the Pope’s repeated message that the focus should not be on him but on the faith, he was treated as the star of the occasion. At a personal level it is more difficult to judge what the impact of the papal visit is or will be. But having observed the tens of thousands of people who attended the masses or flocked the streets to catch a glimpse of the Pope, I believe the visit is bound to have a lasting effect on many people. For some of them it will turn out to be a life-changing experience – as in the case of the woman who commented on having been close to the spiritual leader of the Catholic Church with the words: "I have looked into the eyes of God." 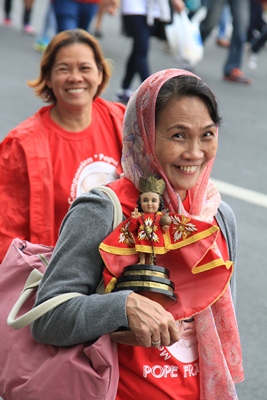 In terms of politics too this visit was remarkable. It is also often argued that the Philippines lacks a strong sense of national identity. The Philippines remains a deeply divided society: there are huge clefts between rich and poor, Catholic and Muslim, urban and rural communities. Under a democratic surface, old feudal structures still prevail. The country ranks high on scales of corruption, and politicians do not enjoy a favourable reputation. But the Pope’s visit created a sense of national unity that can only rarely be observed. For five long days the overwhelming majority of the people focused on the Pope and his relevance for the country´s wellbeing.

Being in this country during the Pope´s visit, and particularly while watching the marching crowds on Roxas Boulevard, I had a sense that this visit was one of historic significance: one of the defining moments of a nation.