In November last year, without any previous warning, prime minister Modi declared 86% of India’s currency worthless overnight. Is India ready for a cashless economy? I put it to the test and spent two days navigating New Delhi without cash.

When India woke up on 9 November 2016, people learned that their 500 and 1000 rupee notes had become worthless. The Indian government and proponents framed this unprecedented economic experiment as a means to address the sprawling corruption in the country as well as to provide access to financial services for the ‘unbanked masses’.

Critics on the other hand have argued that these same poor are disproportionately affected, since the policy makes it more difficult to work in the informal economy. In any case the move has led to virtually every ATM machine in India being emptied by those looking to exchange their now worthless money.

But what is it like now, a few months on? Is it possible to get by in India without cash? I decided the only way to find out was to give it a try… 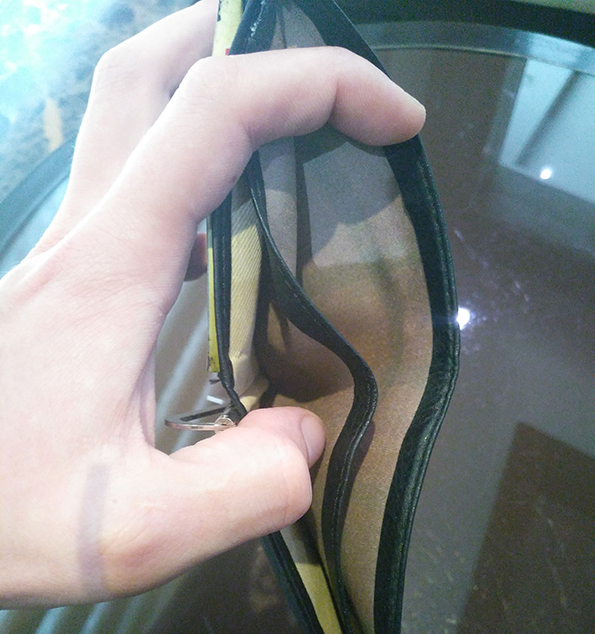 Me and my money: a surprisingly intimate relationship

I was nervous when I exited my hotel. Having left all my money behind I was stepping out into India’s newly imagined ‘cashless’ capital with only my phone and credit card in hand. It felt like I was cutting a life-line that provided me with a sense of safety in this big and sometimes confusing city.

The connection we have with money is such an obvious thing that it is easily pushed away from conscious experience. When the modes of exchange are altered, however, this does lead to some concern. Suddenly you find yourself in a new relationship with the material and social world around you, which for me led to a creeping uncertainty.

Switching to mobile money challenges the familiar behavior of whipping out your wallet and being confident of its contents. It forces questions like: Who will accept my new digital currency? What if my phone dies or my internet runs out? Are these transactions trustworthy?

‘No cash, no India.’ Trust and money

The night before starting the experiment I tried to get access to mobile money. The most popular and largest mobile money service in India is Paytm, which allows customers to make person to person transaction and buy anything from movie tickets to internet for your phone.

Getting at this mobile money proved a challenge however, as the Paytm service does not accept foreign credit cards. This led me to a somewhat ironic solution: I would have to find someone who used the service and exchange cash for digital money.

In my quest, I was met with confusion as people explained why they did not use the service: “My business is small, I don’t want them to see my money”; “They steal from the people, the owner was caught boasting about what a big man he is after demonetization”; or just simply “I don’t understand it. Cash is easy."

Despite this, I eventually found a gentleman who beckoned me with a Paytm sign. I tried to explain what in the world was wrong with me for exchanging perfectly good cash for digital money (“Research. 100% cashless. Digital India!”) and after some confusion he happily obliged. 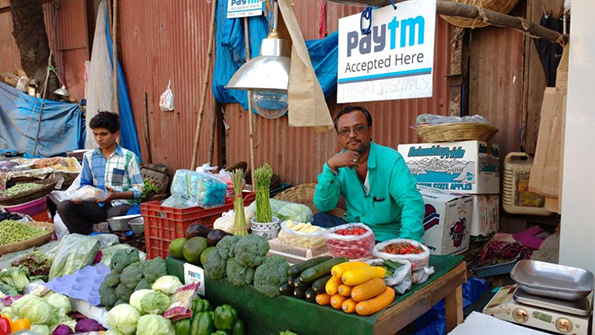 For now, small scale retailers like this remain the exception, photo by Mridula Chari (via Scroll.in)

Financial inclusion: Who are the economy?

I had an appointment down town and I wanted to take one of the rickshaws that congregated around the hotel. But alas, none of them accepted mobile money and would not be swayed to download it on their smartphone.

In their exasperation, they asked whether I had dollars, euros or yens? No, I answered, “Digital India, my friend.” Luckily for me, New Delhi is connected to the Uber network, where you can pay by phone. I selected my destination, and five minutes later I was on my way.

The place I was on my way to was Hauz Khas, an upbeat area where affluent families and youngsters come to drink espresso and lunch in continental style. I was lured into a western-looking café, which had the reassuring Paytm sign on the front door, and sat down. As I waited for the person I was meeting, I looked around the café.

Clearly, digital and plastic money were treated with self-confidence here. South Delhi’s socialites who gather in hip bars seem to embrace the message of the prolific billboards that urge modernity through ‘clean’ digital payments. 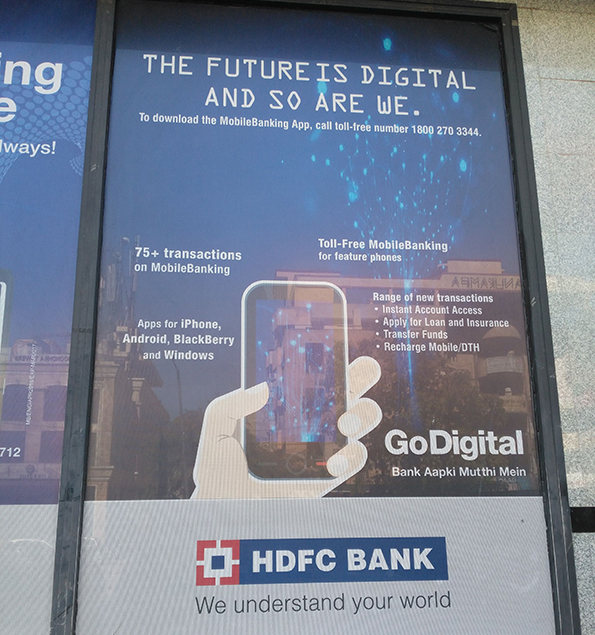 HDFC Bank's advertisement billboard 'The future is digital and so are we', photo by Tim van de Meerendonk

The message of billboards such as the one above is unmistakable. You either join us in the bright digital future or lose the race towards modernity. It is part of the dichotomous discourse that Keith Hart describes in his book ‘The Human Economy’.

On one side of the economic coin is the cash economy, with its connotations of informality, occupied by shady, backward people living in the past. On the other is the digital world, its formal finance characterized by fairness and safety, occupied by ‘rational’ customers looking for convenience and more bang for their bucks.

Fast forward to the next day, and you’ll find me on the other side of the coin, outside my air-conditioned comfort zone of the day before. I have been walking for hours through the streets of Old Delhi, looking for something to eat and drink. Desperately I look for a sign that invites my plastic or digital money… in these surroundings, the cashless economy could not seem farther away.

People I ask about paying with my phone shrug and tell me they don’t use that system. Don’t I have cash? “No cash. Digital India,” I sigh. Suddenly, the golden arches of a MacDonald’s loom up awkwardly from the streetscape. They accept plastic money. The anthropologist in me screams, but I give up. I am too hungry, too thirsty to care about the problems of globalization. I want a milkshake.

A bright future, if you can afford it

From my little experience, I have found that living the cashless lifestyle is not impossible, but expensive and limited to a very specific set of services. The ‘cashless economy’ is a microcosm for those able to afford the luxury.

Yet it seems the government’s rhetoric has little traction, as people are skeptical of the morals and intentions of those pushing the system. It shows how much the financial world is dependent on trust.

Trust is the fundamental glue that holds it all together. It provides us with a means of prediction, a way to be relatively sure that when I give you something, I will get something of equal value in return. With cash this relationship is obvious and time-tested. The new cashless system, however? Not so much…