Economy as pseudo-nature: what’s the problem?

Economists make a mistake when they make us belief that the economy is a natural force. Economy is not nature. There is no economy outside of human relations, except maybe for monkeys grooming each other. Economy is society and culture.

Economic winter; economic spring; financial earthquake; swimming against the financial tide. Talking about the economy is very similar to talking about the weather. Sometimes economic predictions sound and look like weather forecasts, for example in this interview which took place at the World Economic Forum in Davos, Switzerland.

The interviewer is a meteorologist dressed in a ski jacket. When he questions the managing director – a sponsor of the site – about economic developments and environment we see images of snowy trees, storms hitting the boulevard, and other natural phenomena.

It is not only the media that make it seem as if the economy is a natural force. Economists do it, too, and make us believe that the economy is some kind of natural phenomenon. They have done so since the discipline came into existence in the 18th century, after Adam Smith published The Wealth of Nations. The subtitle of that book – An Inquiry into the Nature and Causes of the Wealth of Nations – needs to be taken quite literally. Smith was inspired by Isaac Newton’s discovery of the laws of nature and wanted to develop similar laws in a new field that he called ‘the economy’ (if you want to read more on this it is worth reading chapter three of Greaber’s Debt: the first 5000 years).

In the 19th century the study of the economy developed more or less simultaneously with Darwin’s seminal On the origins of species by means of natural selection. The Darwinian struggle for survival of species offered a template for the survival of economies. This Darwinian approach to the economy again assumes a similarity between nature and the economy. It presents economies as a kind of pseudo-nature (‘let us treat the economy as nature, even though we know it isn’t’). Similar to Darwin’s theory on the survival of species, economic theories suggest that there is a struggle for survival in which only the fittest economies survive. Economic theory owes a lot to Newton’s natural laws and Darwin’s evolutionary biology.

Are we not making a huge mistake when we pretend, or even believe, that the economy is a natural force? Economy is not nature. There is no economy outside of human relations, except for monkeys grooming each other, whereas the existence of nature is independent of human societies. Instead, economy is society and culture: it is people who make economies. They do so through institutions like marriage and banks. Through these institutions they exchange and regulate valuable goods such as bride wealth and derivatives. People create economies by controlling resources through states and criminal gangs. Economies are made when states regulate the supply of money by (sometimes) imprisoning counterfeiters. Economies are ‘produced’ when gangs demand ‘protection money’ from business owners. People create economies when they establish relations of trust, or when they cheat. Economies, unlike nature, are part of moral systems that can be mobilised for exploitation:‘You need to give me stuff because I am very important. And don’t expect something in return!’

The anthropologists Keith Hart and David Graeber gave new directions to the study of the economy with their term ‘The Human Economy’. This phrase is a necessary tautology reminding us that we can only understand economy when we study humanity. The human-economy approach emphasises that economies should serve societies, and not the other way around. The risk of equating economy with nature is that it becomes very easy to forget that economy is about people. 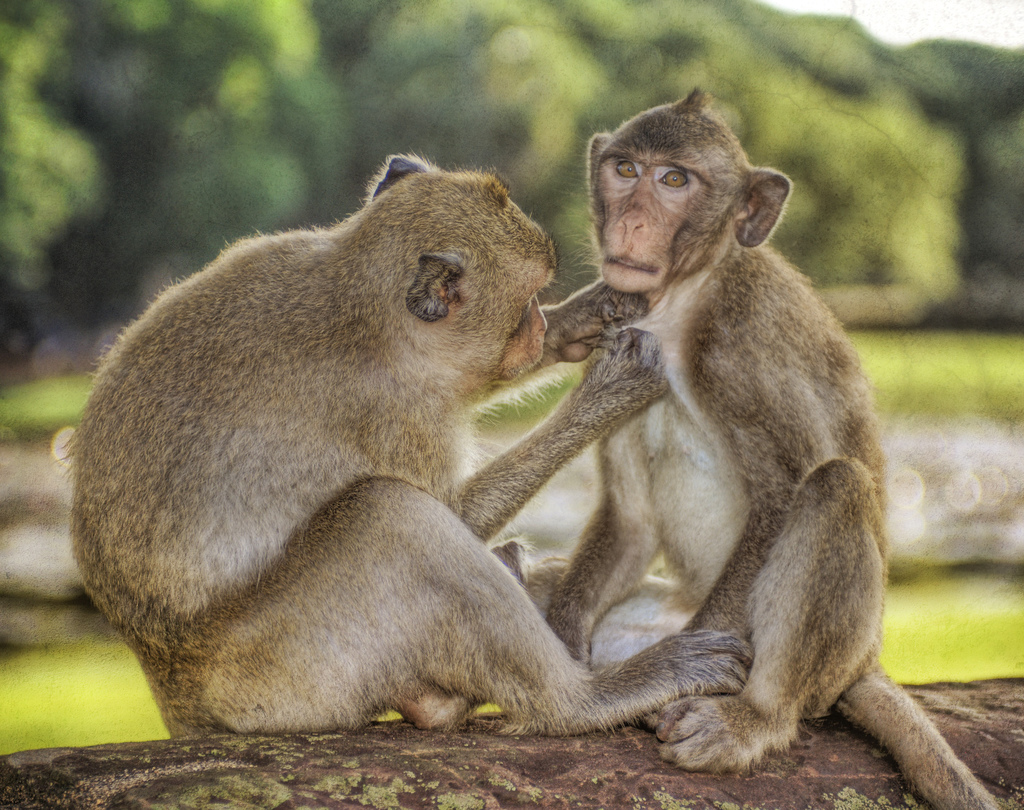 Grooming and bugs, by Stuck in customs