A discourse of displacement: the local infrastructure of populism

The allegedly disenfranchised whites play a central role in this year's election cycle in Europe. How are we to understand the populist moment and what role can ethnography play in these analyses? Part 2 of Paul Mepschen's populism blog series.

Who are ‘the people’?

In the Netherlands, the construction of ‘the people’ occurs within a particular context of political and social transformation - the culturalization of citizenship and the shift toward a post-Fordist society. That is to say, Dutch populism rests on a culturalized and ethnicized construction of ‘ordinary people’ as ‘autochthonous’ and white.

Populism is grounded not only in the construction of an antagonistic relation between the people and the establishment, but in the exclusion of culturalized others from the very category of the people. As Sara Farris puts it: ‘the people that is called upon to act against the Other is not [...] a shapeless demos, but a specific ethnos or natio’ (2017).

While many ‘autochthonous’ residents feel they are rendered anachronistic - temporally and spatially displaced -, right-wing, autochthonous populism can be said to hold the promise of re-centering and de-marginalizing precisely those white, working and middle-class residents that see themselves as having become increasingly peripheral. The racism of the far right offers an idiom in which to speak about one’s sense of displacement.

In my dissertation, I ethnographically examine the case of Amsterdam New West, where I carried out ethnographic research in 2010 and 2011. My focus was on the plans for the large-scale restructuring of the district, zooming in on one particular neighborhood - the Louis Couperusbuurt in Slotermeer - that was going to be demolished and ‘regenerated’. Many residents would have to leave the neighborhood and make room for new, more affluent residents, the dreamed-of consumer-citizens of the ideal Amsterdam future.

I mapped the resistance to these plans, charting how class and race intersected in what I called a ‘discourse of displacement’. As I argue: urban regeneration and shifting housing policies signal a wider practice and public culture of neoliberal reform, gentrification, and creative class politics that render ‘old’ working-class spaces like Slotermeer anachronistic: spatially and temporally out of place.

The tune of the times

Many residents in New West engaged with the notion, circulating widely in debates about the future of the district, that New West was ‘no longer in tune with the times’. Whereas some residents protested, for instance by organizing a now highly successful neighborhood museum celebrating the modernist, garden-city design of the district, others developed a defensive, emotional response. ‘What they mean,’ I heard several residents argue, ‘is that we are no longer in tune with the times’.

Remarks like this denote a sense of temporal displacement and an abiding attachment of people to a time now passed - a passing exemplified by the withering of the Amsterdam public housing tradition.

As Muehlebach and Shoshan suggest, reflecting on the Fordist-Keynesian compact established in Europe until the late 1980s: ‘Housing [...] appeared as an index of a peculiar affective relationship that citizens cultivated with the nation-state that often took on an elaborate and extensive caregiver role’ (2012: 329). That is to say: neoliberal urban development indicates an even more fundamental transformation of the relationship between citizens, the nation-state, and government, in which certain ‘groups’ of citizens feel abandoned and bereft.

There is of course reason for some wonderment here, which has recently started to be articulated in the Dutch public sphere. It can be argued that these allegedly disenfranchised autochthons have been at the center of political discourse for almost two decades now. So: why do they cling to their sense of displacement and abandonment? And why are we constantly bombarded with the allegedly real, raw, and problematically authenticated stories of poor, working, and middle-class whites who feel they lack voice and representation?

The answers to these questions can be found only by taking a close look at the everyday, material realities of the worlds in which people live, at the interface, in other words, between the symbolic boundaries people construct and ‘real’ social boundaries they encounter.

Such a move shifts the focus to affect: to diffused sensitivities or moods such as grief, humiliation, and bitterness. The challenge is to investigate the structural reasons for people’s sense of abandonment or disenfranchisement: reasons that have to do with the structural transformation of their worlds in an era of ascending neoliberalism, and with the post-political, post-democratic character of urban decision-making in the contemporary Netherlands. 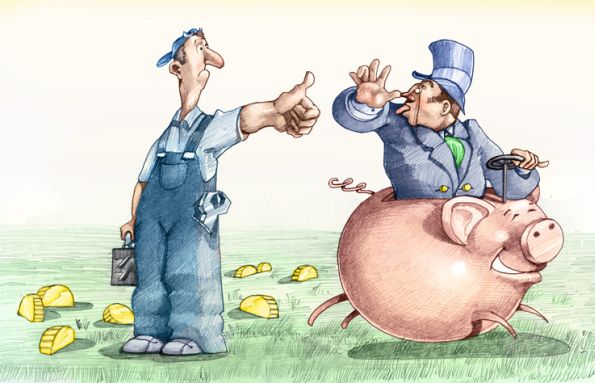 I argue that the analysis of the transformation of urban and housing policies, and especially the withering of the public housing tradition, sheds light on the affective consequences of neoliberal transformations.

The discourse of displacement, which I see as an important building block of political populism right and left, must be understood not simply as a form of popular, apolitical ressentiment, but rather in political terms; it should be recognized as a diffused discourse of resistance that engages with the neoliberal transformation of Dutch society, which is characterized by an increasing distrust in public authorities and institutions.

Moreover, if the public housing tradition has historically represented practices of valuation – ‘matrices of worth' based on morality, solidarity, and other attributes unrelated to income and socio-economic status alone (Hall and Lamont 2013, 10) – the decline of public housing represents the increasing normalization of neoliberal horizons of possibility that 'elevate market criteria of worth'.

From neoliberalism to populism

As Hall and Lamont have recently pointed out, the impact of neoliberalism – at the level of personal and social valuation and (self-)worth, human subjectivity, and the meaning of status and citizenship – should not be underestimated. Neoliberalism goes hand in hand with increasing material insecurity, as well as 'heightened status anxieties’.

It is this anxiety that is mobilized – and culturalized and racialized – by ethno-political entrepreneurs of the far right, who are now, in many places in Europe, on their way to electoral victories large and small.

In my next blog in this series, I shall take the next step necessary in this analysis by zooming in on how - in Amsterdam New West - the struggle for the right to the city became interwoven with racialized forms of entitlement and welfare chauvinism.

This is part 2 of Paul Mepschen's blog series on populism. Based on his dissertation Everyday Autochtony (2016), anthropologist Mepschen sets out to make sense of modern-day populism. Read part 1: ‘Ordinary people’ and the problem of populism